WE ARE OPEN! FORGET ABOUT USING EXPENSIVE STUDIOS.

Are you looking for some over the best American English voice over artists in the biz? You’ve come to the right place!

LISTEN TO ARABIC EMIRATI VOICES
VOICE WITH ALL LANGUAGES

Whatever the project, be it a radio commercial, an explainer video,
e-learning or training video, or an IVR, we can help you find the right narrator for the job.

The perfect voice-over begins with perfect casting. With our incredible roster of talent, we will find you the best fit for your project.

Our extensive talent pool includes hundreds of professional union and non-union actors. We specialize in international casting & certified translations in over 80 languages and accents.

We cast everything from commercials and promos, versioning, digital and mobile content, to film narration, video games, and VR audio, podcast recordings, and more.

Browse our Voice Talent pages to see and hear for yourself. Tight on time? Let our expert casting directors do the work for you.

Just tell us what you’re looking for and we will find you that perfect voice to bring your project to life. Voice overs have never been so easy.

Voice Recording we make it our business to find the most unique and extraordinary voice talent.

We are constantly updating our roster so there are always fresh and newly discovered voices that you won’t find anywhere else.

Whether it’s voice over recording, or foreign language dubbing, animation, editing. our experienced engineers will provide you with the highest level of service possible.

We know finding the right talent can be overwhelming. With over two decades of casting expertise, we’ll find exactly what you’re looking for.

We provide impeccable service quality, learned through over 8 years’ experience in the voice recording industry. we’ll turn around your project with impressive speed and without busting your budget.

Our highly delivery system allows us to work very efficiently. Most small and medium projects can be completed within 24 to 48 hours!creates an efficient user interface that makes user interaction.

All of our work comes with a 100% satisfaction guarantee. We are fanatical about your experience!

Voice overs are delivered in WAV and MP3, and broken into as many files as you like. You have the option to sync them to a video, presentation, or soundtrack.

Audio recording, audio editing, video editing, transcription, translation, and subtitling, and just about any post-production service you can think of – we can handle it! 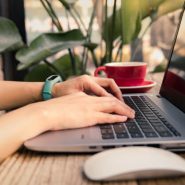 Tell us what production and voice-overs your require (accents, gender, etc)

You will receive a free price quote instantly ( 20-30 minutes) in your email inbox. 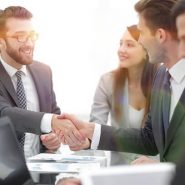 Once you confirm the project quote, we’ll send you a payment invoice 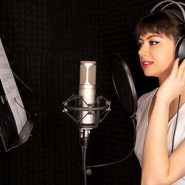 We record your script

Our Production Department will start working on your approved script.

Audio production & video translation agency specializing in voice over, delivering a personal & cost-effective service. we care about helping you to ensure your audio or video content, speaks not just to you, but to the whole world.

American English is the first language of more than 225 million people in the United States.

An additional 25 million people who live in the country speak it as their second language.

The reach of American English extends far beyond the US borders. It’s the preferred version of English for many learners across the world. In fact, 70% of worldwide English speakers favor the American variant.

Leave your contact details and we will call you back

Get A Free Quote Now

Select your session and book online instantly. If you have any questions, you give us a call or email us our managers will quickly orientate the timing and cost of work